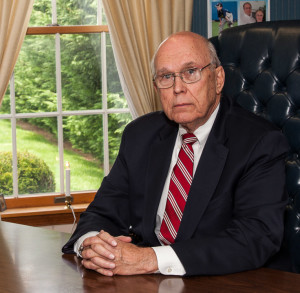 Donald L. Masten, Esquire
Attorney Donald L. Masten was born in Wilmington, Delaware on January 16, 1932. Graduating from Penns Grove Regional High School in 1949, he graduated from Dickinson College in 1953 and Dickinson Law School in 1955. He was admitted to the Bar of the State of New Jersey and the District of Columbia in 1956.   Serving on active duty with the United States Army from 1956-1958, he was Honorably Discharged. He has served as the Solicitor for the Elmer, Penns Grove, Oldmans, Elsinboro, Quinton, Penns Grove Housing Authority, and as Penns Grove Municipal Court Judge. Donald is a member of the Salem County, New Jersey State, and American Bar Associations and the New Jersey Association of Trial Lawyers, serving as President of the Salem County Bar Association. He has served on the Salem County Matrimonial Early Settlement Panel and Salem County Civil Bar Panel. He currently serves as Chairman of the Board of Penn Bancshares, Inc., and Pennsville National Bank. In addition to his other duties, he is a Trustee of Wesley College and is a member of Trinity United Methodist Church. 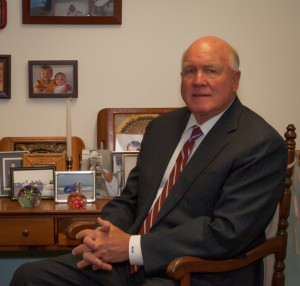 Walter J. Ray, Esquire Attorney Walter J. Ray was born in Camden, New Jersey on October 24, 1942.  He graduated from Villanova University in 1965 with a Bachelor of Science Degree in Economics. He then served in the United States Navy piloting fighter aircraft from 1965-1971.   Walter graduated from the Delaware Law School of Widener University in 1975 and was admitted to the New Jersey and United States Federal District Court Bars in the same year. He has served as Solicitor and Prosecutor for the Borough of Elmer, and he currently serves as Solicitor for Pennsville Township and Pennsville Sewerage Authority. Walter is a member of the National Panel of Arbitrators, American Arbitration Association, Panel of Arbitrators of the New Jersey Mandatory Civil Arbitration Program, Salem County Civil Bar Panel, Salem County, New Jersey and American Bar Associations, New Jersey Association for Justice, and served as a member of the New Jersey Supreme Court District 1 Ethics Committee from 1996-2000 (Chair in 2000). In 2005, Walter was named Salem County Bar Association Lawyer of the Year. 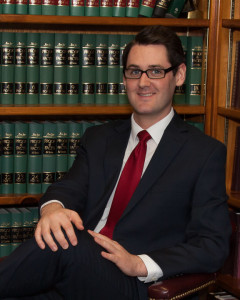 Michael J. Napuda is an Associate Attorney at Masten & Ray. Born and raised in Pennsville, Michael graduated from Pennsville Memorial High School in 2007. He then went on to study Finance and Legal Studies at George Mason University in Fairfax, Virginia and graduated cum laude in 2011. Later that year, Michael began law school at Widener University School of Law in Wilmington, Delaware. He immediately began to hone his professional skills while in law school by seeking out and volunteering in internship opportunities with various offices such as The Office of the Attorney General in Wilmington, Delaware, the Salem County Prosecutor’s Office in Salem, New Jersey, the Honorable Benjamin C. Telsey’s Chambers in Salem, New Jersey, and the Widener Environmental Law Clinic in Wilmington, Delaware.